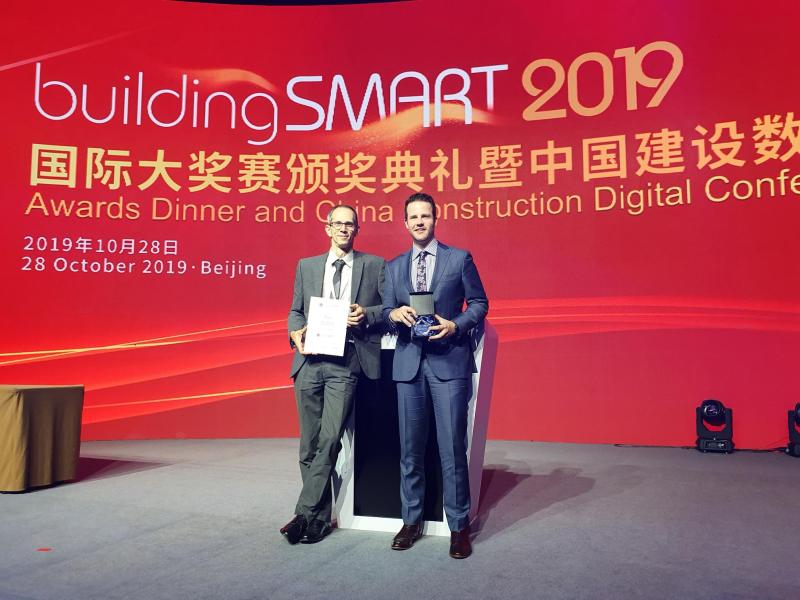 Beijing, China, 29 October – PDC Engineering have taken top honors at the 2019 buildingSMART International Awards. This marks the third consecutive year that a dRofus client has won the Design Award. The coveted award recognizes the Digital Engineering team’s pioneering and innovative efforts over the past three years on the iconic Queen's Wharf project in Brisbane.

“dRofus proved to be the best tool to consolidate all of the data coming from all of the different sources and provide a single source of truth for exporting COBie outputs. The software was also very flexible when defining COBie export processes.” – Gabor Gulyas, Senior Digital Project Manager, PDC

Typically to deliver COBie you have to create multiple schedules within model files, export to excel, email the excel files around, manually edit the excel schedules, merge the excel files together, fill in data that does not exist within the model – it’s a not a very BIM like process and a nightmare even on small projects.

PDC and the Queens Wharf Team tested several tools and plug-ins to deliver COBie and they concluded that dRofus was the best solution and the least painful way to capture, coordinate and consolidate briefing, design and construction data.

"Queen's Wharf is a flagship project for PDC, pulling together a key team of highly skilled digital engineers to deliver a complex project with multiple interfaces, stages, programs, software and teams. This allowed PDC to develop an integrated model that is already being tested in operations, some 4 years before delivery." – Alastair Brook I PDC Director Digital Engineering

"Normally dRofus is implemented during the briefing or concept design stage and this project just goes to show that it is never too late. Clients struggle with Data Management every day on projects and that pain goes away once they flip the dRofus switch." – Chris Razzell, dRofus Managing Director

The Queens Wharf project has now started the Construction Phase, where access to design data and capturing Asset Information Requirements (AIRs) for Facilities Management (FM) handover will be the next big challenge – watch this space!

A video of the PDC bSI presentation is available here - https://tinyurl.com/yy6td4kc

For more on the bSI awards - https://www.buildingsmart.org/awards/bsi-awards-2019/

In 2018 Oslo Airport expanded their footprint with the construction of a new Terminal, openBIM® and environmentally sustainable design were core to the project and it was awarded the buildingSMART International Design Award 2018 for its efforts.

OSL Terminal 2 included 130.000 sqm/1.4 million sqft of new construction, all planned with dRofus. In addition to planning all rooms and equipment in dRofus, the T2 project implemented the TIDA module of dRofus in the collection of information/documentation for systems and equipment.

In 2017 the buildingSMART International Design Award was awarded to the Tønsbergprosjektet (The Tønsberg Project), which also used dRofus, and was established as the first IPD project in Norway, perhaps the first in Europe.  IFC was mandatory for all BIM-based exchanges.

“This project extensively took advantage of bSI tools and standards and applied them to a significant number of BIM use cases. This is an exemplary example of how bSI can help move the facilities industry forward.” – buildingSMART International Awards Jury

Turn your projects into award-winning projects.